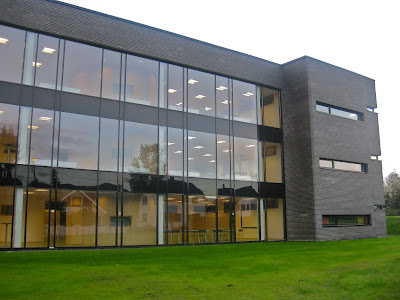 Two weeks ago, the new wing of Veiavangen Ungdomsskole was officially opened. Last October I posted a photo of the construction site, where I wrote that it was going to be a new gymnasium. As you might see, I was wrong. The new wing includes classrooms, group rooms and common areas. The new gymnasium will be built in stage two of the high school's development.
Posted by Adelheid at 00:30